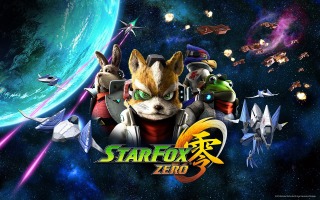 With the release and lackluster sales results of Star Fox Zero, perhaps it’s a good time to reflect on where Nintendo took my advice and where they may have misstepped.
There is no denying that Star Fox Zero is a good game. It’s not as stellar as our favorite anthropomorphic fox, but it was certainly a worthy addition to the Wii U. However, critical reception has been mixed with most reviewers split over the novel Gamepad control scheme and the lackluster graphical prowess of the game. Although most think that Star Fox 64 was a good starting point for the game, there is also the argument that Zero copies Star Fox 64 a little too much.

I agree with most of the arguments reviewers levy at the latest outing of Fox, Slippy, Peppy, and Falco. Star Fox Zero was somewhat a disappointment. We haven’t seen our favorite furry friend on a home console since the Gamecube. Although Star Fox Adventures is regarded by most as the beginning of the decline of Star Fox, you certainly cannot say it was lacking in the graphics or story department. It was not a rehash of old plot points. And its visuals for the time were exceptional.

I’d like to add one more criticism that all the reviewers seem to miss. The music in Star Fox Zero, excepting the nostalgic call-backs to previous titles (anyone else hear the shout-out to SNES Star Fox hidden in the new music for Corneria?), the new music of the game was almost completely forgettable. Most Video Game aficionados agree that the music of Star Fox 64 was a step back from the SNES masterpiece. But then if you dilute the N64 music with a new mediocre original score, it gets even more bland. Although Platinum, the game’s main developer, seemed to understand the basic underpinnings of a Star Fox score, such as the militaristic snare and sweeping orchestra mixed with sci-fi synths, they were completely unable to match the grandeur and melody of the N64 base, let alone the SNES original.

On the other hand, during interviews, Mr. Miyamoto gave credit to younger developers on the project for one of the best features of Star Fox Zero: the ability to use Amiibo figures to transform the Arwings in the game to the original SNES models, complete with original Corneria musical score and SNES sound and visual effects. Mr. Miyamoto said that he held very little affection for the original SNES title, but that younger developers asked to include more substantial tributes to the original game. Personally, I loved it.

Another area where I think Zero got things right is with the controls. Again, this viewpoint is rightly controversial, but I believe that the controls added to the game. Yes, I would have likely preferred the original arcade control scheme, but the new controls definitely showed something that could not be done without the Wii U hardware. And although it took some time to get used to the new setup, as my younger brother said, “If you know what you’re doing in video games, you should be able to figure it out”. I would be more sympathetic to those who dislike motion controls and splitting their attention between two screens, but I agree. Motion controls are entirely an acceptable and even preferable control form in this game for aiming, especially after the universal success of Splatoon. And the Gamepad gives you a view for firing that could be done on no other Piece of hardware. I think most gamers that decry motion controls and the second screen are simply being elitist. They’re complaining because something is different and because it is in vogue to put down such things.

So, in conclusion, let’s recap. Where did Nintendo not follow my advice from September of 2012?

On the other hand, I think they did well with:

What do you think? Leave comments below!

This site uses Akismet to reduce spam. Learn how your comment data is processed.